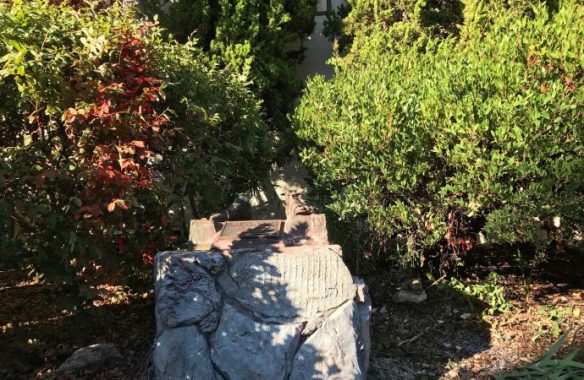 SAN FRANCISCO — San Francisco’s archbishop plans to conduct an exorcism Oct. 17 at the site of a now-toppled statue of St. Junipero Serra at St. Rafael Mission Church in San Rafael.

Just the saint’s feet are left after the statue on church property was vandalized and desecrated Oct. 12 by what Archbishop Salvatore J. Cordileone described as a “small, violent mob,” who he hopes will be prosecuted for attacking the statue.

The vandalism took place Oct. 12 — Columbus Day, or Indigenous Peoples Day as the holiday is now called in some cities and states, including California — during what was at first a peaceful protest held at St. Rafael Mission Church, the archbishop said, but then some participants became violent and destroyed the statue.“

Once again, this time at St. Raphael Parish, a statue of St. Junipero Serra was mindlessly defaced and toppled by a small, violent mob,” Archbishop Cordileone said in an Oct. 13 statement. “This kind of behavior has no place in any civilized society.”

He said the police arrested five “of the perpetrators,” but “what happens next is crucial.”

“If these are treated as small property crimes, it misses the point: The symbols of our faith are now under attack not only on public property, but now on our own property and even inside of our churches,” he said. “We cannot allow a small unelected group of lawbreakers to decide what sacred symbols we Catholics or other believers may display and use to foster our faith. This must stop.”