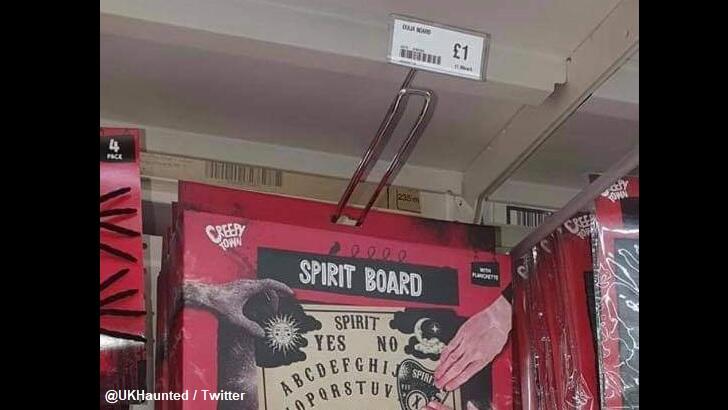 Excerpted from: Discount Store Chain in England Pulls Controversial Ouija Boards from Shelves, By Tim Binnall | Coast to Coast AM

In response to a growing furor surrounding their decision to sell Ouija Boards at an incredibly low price, a chain of discount stores in England have pulled the controversial items from shelves. The British equivalent to an American dollar store, Poundland made headlines last week when it was discovered that their seasonal offerings for Halloween included a Ouija Board. The problematic product priced at merely a pound quickly sparked concerns among people online who feared that children could easily get their hands on the cheap Ouija Boards.

While it would seem that the Ouija Board backlash simply served as some good publicity for Poundland this Halloween season, the company was finally forced to take action when the issue went beyond the world of social media and a number of prominent figures, including a high profile religious figure and a member of Parliament, spoke out against the spirit boards. Announcing that they would no longer sell the items in stores, a spokesperson for the chain reportedly explained that “we had a message from the spirits to make the handful that were left vanish.”

Excerpted from: Continue reading at Coast to Coast AM