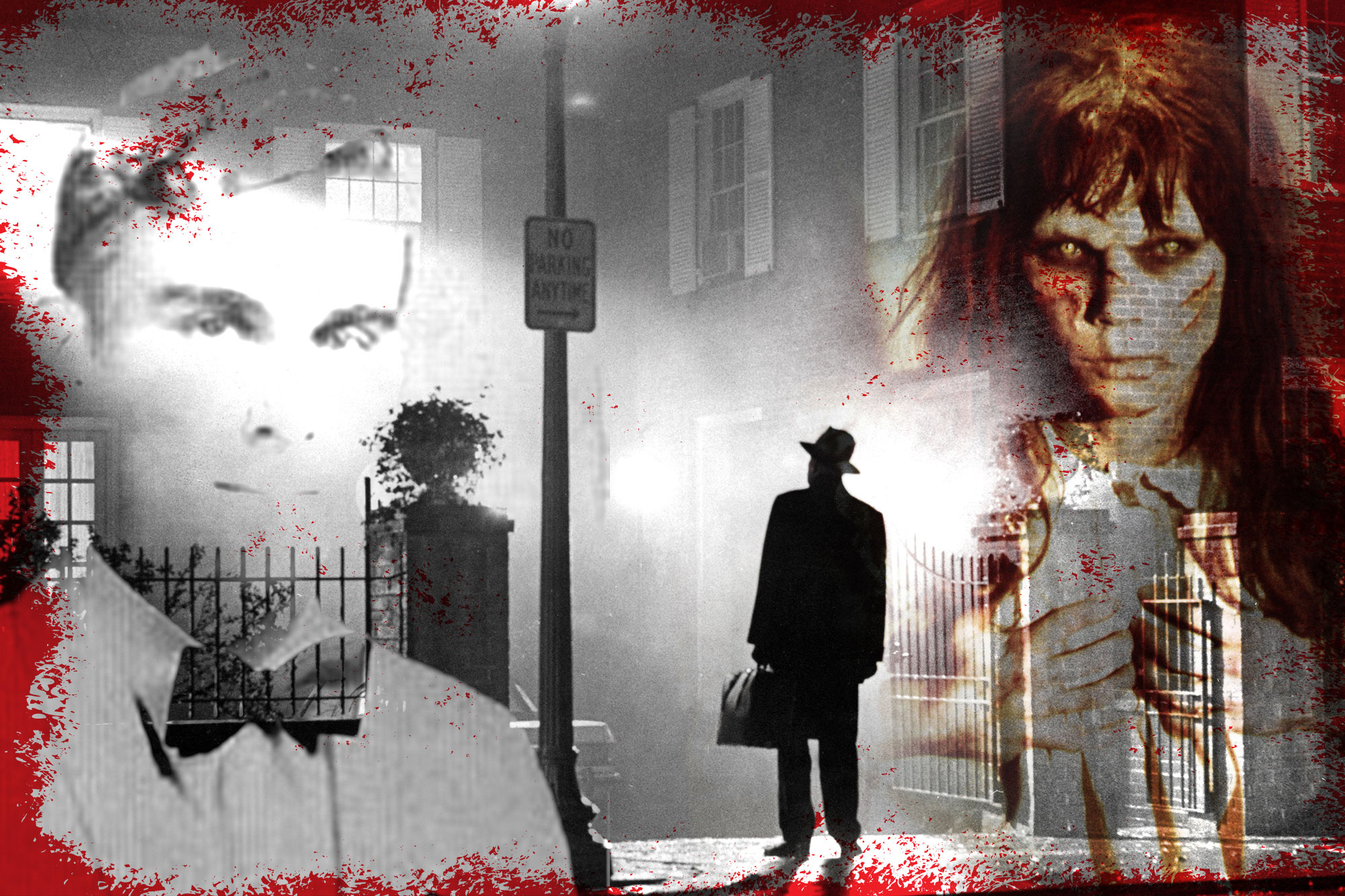 In what is perhaps one of the most remarkable experiences of its kind in recent religious history, a 14-year-old Mount Rainier boy has been freed by a Catholic priest of possession by the devil, Catholic sources reported yesterday.
Only after between 20 and 30 performances of the ancient ritual of exorcism, here and in St. Louis, was the devil finally cast out of the boy, it was said.

In all except the last of these, the boy broke into a violent tantrum of screaming, cursing and voicing of Latin phrases-a language he had never studied-whenever the priest reached the climactic point of the ritual, “In the name of the Father, the Son and the Holy Ghost, I cast thee (the devil) out.”

In complete devotion to his task, the priest stayed with the boy over a period of two months, during which he said he personally witnessed such manifestations as the bed in which the boy was sleeping suddenly moving across the room.

A Washington Protestant minister had previously reported personally witnessing similar manifestations, including one in which the pallet on which the sleeping boy lay slid slowly across the floor until the boy’s head bumped against a bed, awakening him.

In another instance, reported by the Protestant minister, a heavy armchair in which the boy was sitting with his knees drawn under his chin tilted slowly to one side and fell over, throwing the boy on the floor.

The final rite of exorcism in which the devil was cast from the boy took place in May, it was reported …

A priest here voiced the belief that it was probably the first casting out of the devil through the ritual in at least a century of Catholic activities here and perhaps in the entire history of the church in this area. …[1]

The preceding is an excerpt from a 1949 article published in the Washington Post.  It is said that  William Peter Blatty, who was attending Georgetown University learned of this event and of course we know that years later Blatty wrote the novel that was adapted to be one of the most famous horror films of all time, one that remains today a cult classic.

“The Exorcist” — both the movie and the 1971 novel it’s based on — was written by William Peter Blatty, who first heard about the demonic possession of a 14-year-old boy around 1949, while he was a senior at Georgetown University. Eugene Gallagher, one of his professors and a priest at the Jesuit college, told Blatty, a New York native, about the extraordinary story of the boy who was believed to be in the throes of demonic possession, but had been saved through a series of exorcisms.[2]

Over the years the true identity of the boy has been a highly guarded secret, designed to protect his privacy.  Countless news articles and historical treatises have been written using the pseudonym  Roland or in some cases Robbie Doe. 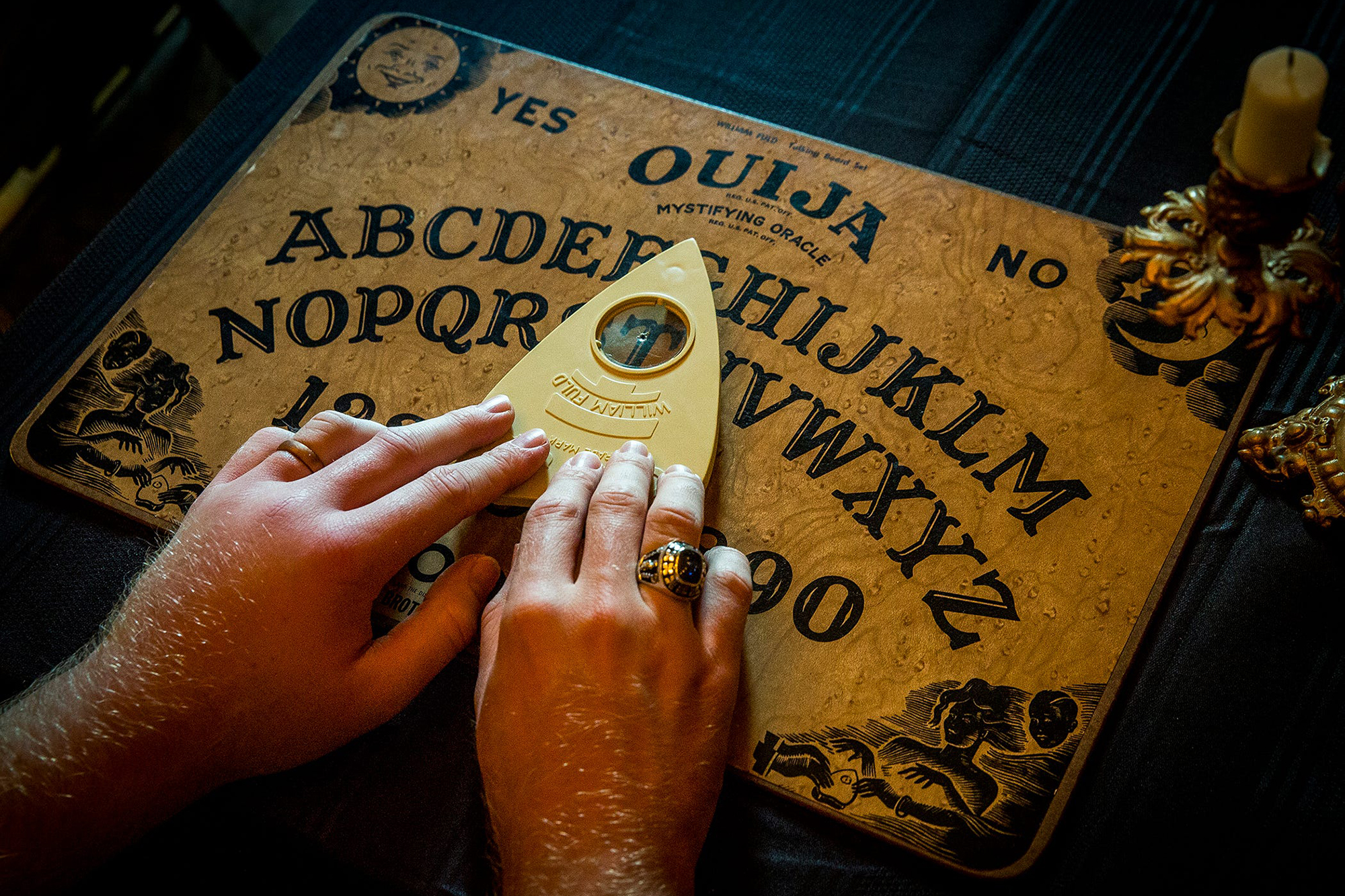 Hunkeler’s mother thought the strange occurrences were related to the death of an aunt who taught the boy how to use a Ouija board to communicate with spirits. USA Today Network/Sipa USA

It seems that “Robbie” survived the exorcism and grew up to become an engineer and worked at NASA for forty years.  While at NASA he patented a special technology to make space shuttle panels resistant to extreme heat, helping the Apollo missions of the 1960s that put US astronauts on the moon in 1969. [2]

Researchers and would be sleuths managed to track down those with some degree of knowledge about the case and deduced “Robbie’s” true identity.

While exploring the story  for his podcast, The Devil in the Details–JD Sword explains in an article published in the Skeptical Enquirer [3] — found that folks such as investigative journalist Mark Opsasnick, blogger Mike Madonna, and Dr. Sergio A. Rueda had already thoroughly researched the case and cast doubt on many of its claims, as well as having deduced the real identity of Roland Doe.

Sword tell us that Opsasnick spoke to Mt. Rainier resident Dean Landolt, who stated he was “very good friends with Father Hughes, the priest involved in the case. … Father Hughes told me two things: one was that the boy lived in Cottage City, and the other is that he went on to graduate from Gonzaga High and turned out fine.

Opsasnick was able to obtain a list of names of male students that graduated on that year from Gonzaga then he narrowed the list down to only one student who lived in Cottage City and had been born on June 1, 1935: Ronald E. Hunkeler

In his 1999 Strange magazine article, Opsasnick chose not to reveal Ronald’s identity, “for a number of legal reasons” as he explained to me. However, knowing the address made it possible to deduce Ronald’s identity. As author Kyle T. Cobb explained to me, “TW Scott confirmed the address without naming the boy. The address confirmed the last name and parents. The school annuals and interviews with classmates verified the timeline and identity.” In addition, since the publication of the article in Strange, more than just the full twenty-nine-page diary of Father Bishop had become public knowledge. In his book Diabolical Possession and the Case behind the Exorcist, Sergio Rueda interviewed Rev. Schulze on July 25, 1990, and asked him, “Was the name of the family, the Hunkeler family?” to which Schulze replied, “Yes” (Rueda 2018).[3]

Hunkeler’s female companion confirmed to The Post that he died last year, a month shy of his 86th birthday, after suffering a stroke at his home in Marriottsville, Md., a suburb northwest of Baltimore. He was cremated, she said.

Blatty’s book “The Exorcist” sold more than 13 million copies in the US alone, and the film earned him an Academy Award and a Golden Globe in 1974. It was the first horror movie to be nominated for a Best Picture Oscar.

Universal Studios recently announced that it is planning a rebooted trilogy of the film, with Ellen Burstyn reprising her original role as the mother of the possessed teen, beginning in 2023.[2]

As in many of these cases, those who were not eye witnesses to paranormal events and who want to believe that possession and the Devil himself are naught but figments of our imagination, go out of their way to dismiss and discredit the stories told by those who personally were present and observed phenomena that they could not offer a rational explanation for.  Even I have seen things that I try to find a rational explanation that fit for that which I have experienced.  We would all–even those of us in the ministry–love to say that the devil is just a myth, but that would put us in the position of being culpable, aiding and abetting  in Satan’s grand deception.

May the Peace of the Lord be with Mr. Hunkeler.

[3]Demoniac: Who Is Roland Doe, the Boy Who Inspired The Exorcist?
by JD Sword From: Volume 45, No. 6 November/December 2021 https://skepticalinquirer.org/2021/10/demoniac-who-is-roland-doe-the-boy-who-inspired-the-exorcist/

by Aaron Maxwell • ChurchMilitant.com • October 17, 2016
Calls for exorcism in Italy are sharply on the rise, with some church experts even calling the shortage of exorcists an “emergency.”

Father Vincenzo Taraborelli, the new Vatican head exorcist who replaced recently deceased Fr. Gabriele Amorth, says the request for exorcisms in Italy this year alone have exceeded 500,000, and there are not enough exorcists to fulfill the demand.

He commented, “There are only nine of us left and many more are needed. We need other priests like me to meet the needs of so many families.” Father Vincenzo he sees about 30 people a day.

Valter Cascioli, a psychologist and scientific consultant to the International Association of Exorcists, commented, END_OF_DOCUMENT_TOKEN_TO_BE_REPLACED

Learn how to protect yourself against demonic attack.

By Wesley Baines from Beliefnet

We take a lot for granted, we humans. Gravity keeps us comfortably in our seats. Light comes in the morning, only to wane in the night, fading into pale starlight. The Earth spins on its axis in the darkness of space, making its way around the sun in a solar system that sits on a safe and quiet arm of the Milky Way galaxy. We know how all these things work. We do not fret, because we can comfortably explain, quantify, and catalog every phenomenon to ourselves, and those natural systems we have yet to understand will no doubt soon submit to the searching power of the mind of man.

In religious lore all over the globe, there is END_OF_DOCUMENT_TOKEN_TO_BE_REPLACED

“Please send me information on how to attend the class on exorcism at the Vatican!”

As most readers of this blog might imagine, the preceding request is one we frequently receive; it would seem that a large number of people want to take part in the battle against demonic possession or they simply desire to satisfy their curiosity.

It was my understanding that up until the last year or so the Istituto Sacerdos only offered this course to the Priests and Sisters of the Roman Catholic church, however as the story we posted titled “Institute to hold 11th exorcism course” explains, the course is now apparently open to not only clergy but lay people as well.

Now as to how one might attend, your guess is as good as mine at this point, but perhaps there is an answer… END_OF_DOCUMENT_TOKEN_TO_BE_REPLACED

Ground Report: BY Robert Tilford
“The Rite” is a book written by Matt Baglio which talks extensively about “exorcism” within the Catholic Church. Needless to say that within its pages are written many strange stories and anecdotes about supernatural encounters between members of the Catholic clergy and devils and demons during exorcism.  CLICK HERE TO READ THE REST OF THE STORY

When he first heard about a Vatican-sponsored course on exorcism for priests, journalist Matt Baglio was intrigued by the idea of this ancient ritual taking place in the modern world. In his new book, The Rite, Baglio follows American priest Father Gary — sent to Rome to train as an exorcist — and his apprenticeship with Father Carmine. Baglio talked to TIME about belief, skeptical priests and the particulars of the exorcism ritual.

The sun was shining on the Santa Cruz Mountains. The freeway from the San Francisco airport to San Jose was still buzzing in my ears when I stepped into the parking lot of an unassuming church and the most famous exorcist in America walked up. “Hello, I’m Father Gary Thomas.” At 57 years old, he has an easy smile, an abiding love for the Giants and strong convictions about the nature of evil. “You believe there is a devil?” I ask him as we settle in at a small, beautiful chapel near the church. “Yes.”

To read the rest of the story see: http://religion.blogs.cnn.com/2011/03/07/the-real-exorcist-no-sympathy-for-the-devil/

The Archdiocese of Saint Michael